COP25: What will be expect and what is its objective? We explain it to you 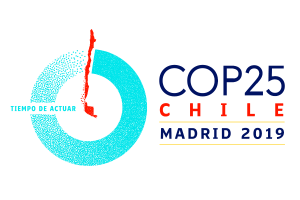 COP25: What will be expect and what is its objective?

COP25: What will be expect and what is its objective?

The next COP25 will take place from the 2nd to the 13th of December at IFEMA, in Madrid. After the Chilean government’s decision of not hosting the climate summit due to the recent disturbances in the city of Santiago, the European country has shown its commitment against climate change, which deserves the maximum effort to comply with the objectives of the Paris Agreement. Only two days after the European Parliament declared the climatic emergency, the world’s headquarter leaders meet at a sensitive time due to social movements that wants to give a message to the whole society: be aware of the global warming, our future as human being is at stake.

Many protests around the world have highlighted the strong discourse of the youngest stratum and has illuminated a new reality for people who did not know how important it was to address the problem and bring forward new regulations that ensure the decabornization of our productive model and promote renewables as one of the keys to reducing emissions.

In fact, the scientific community is contributing with reports as presented by the IPCC, that explain that the difference between the planet’s temperature rising by 2ºC or 1,5ºC is life itself, which is quite alarming in economic, demographic and political terms. In this way, COP25 is the best opportunity for everything to converge in the same direction, both in achieving the challenges of the Sustainable Development Goals and investing in more sustainable productive models.
2020 is a key year for action. Within the Paris Agreement, the main plans to keep the planet’s temperature below 2°C compared to the pre-industrial era are the so-called NDCs, for which the responsible parties have the duty to establish a clear rule so that the agreement can begin to work. Despite its inherent difficulty, we have the opportunity to face the situation at COP25 since the emergency is real: this will be the last conference before the Earth raises its temperature by 1.5ºC.

Beware of Article 6 of the Paris Agreement

One of the critical and most difficult points to be solved at COP25 will be the definition of Article 6 of the Paris Agreement, an article in which the participation of the private sector will be crucial. The main thrust of this article is to set the basis for an emissions trading system that ends in a global carbon price, that is, a market that allows countries to exchange, buy and sell carbon credits and thus reduce emissions.

Within Article 6 there are two main tools for regulating this market that need to be addressed:

Another issue that will come to light at COP25 in Madrid will be how to approach the direct consequences of natural disasters, since there is no one among the forms of climate finance that addresses the issue of loss and damage. NDCs are each country’s plans that include its climate change adaptation and mitigation strategies. It is foreseeable that COP25 will give special relevance to the protection and conservation of forests, oceans and poles, in a context in which the Amazon, among others, is seriously endangered. In short, the COP25 is expected to bring countries to Spain, with the most ambitious set of commitments ever seen to reduce emissions.