GRS finishes the construction of Salsipuedes PV plant in Mexico 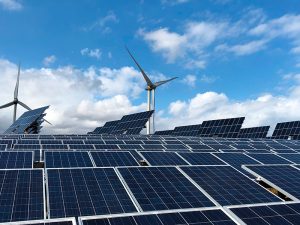 GRS finishes the construction of Salsipuedes PV plant in Mexico

GRS has officially finished the construction of Salsipuedes PV plant in Mexico. Located in Salsipuedes and with 40 MW of power, are added to the 190 MW that we had already built on mexican geography, reaching an important figure in one of the Latin American countries in which GRS has built the most. It is estimated to produce enough energy to avoid the emission of xx tonnes of CO2 into the atmosphere. After Camargo and Energía Limpia de La Laguna, GRS expands its presence in a country where it already has 241 MW contracted. In fact, in most of the plants, as Salsipuedes, the company is already carrying out the operation and maintenance work.

Mexico is the Latin American country that invests the most n economic terms in renewable energies, not only for reasons of performance, but also of compensation, since it is also the  capital of the country with the highest traffic in the world. Pollution has increased in Mexico almost 50% in the last 25 years, according to figures published by the National Institute of Ecology and Climate Change (INECC) in its National Inventory of Gas Emissions and Greenhouse Compounds, which highlights the need to clean the atmosphere that Mexican citizens breathe.

Afer five contrats and 241 MW, GRS continues to strenghten its position as one of the benchmarks in the Latin American PV sector.