GRS D&C, as one of the largest and fastest growing companies 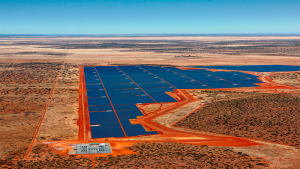 GRS D&C, one of the largest and fastest growing company

According to the latest study reported by Iberinform, from the Credit & Caution group, our Development and Construction division ranks fourth in terms of highest turnover during this period among all the companies listed, and the first one whose activity is dedicated to renewable energies.

In the last five years, we have reached 1.5 GW of installed power and it is estimated that another GW will be developed, making us one of the leaders in the development and construction of solar PV plants worldwide. We have built in the five continents, strengthening our position in countries such as the United Arab Emirates, Spain, Brazil, Mexico and Australia. Becoming a gazelle company means that we are able to establish the roadmap within a growing economic market such as solar photovoltaics.

In other words, thanks to our business foresight, ability to adapt to any project, and our commitment to quality and return on investment, GRS DyC is synonymous of trust. Currently, we are a world reference that is growing rapidly and solidly year after year. With our focus on Spain, Australia, where 500 MW are expected to be built by 2020, and Chile, a country that has promoted photovoltaic energy with new auctions, we intend to establish ourselves in this market, with the aim of continuing to expand our business worldwide.