GRS signs a new contract for the construction of 50MW 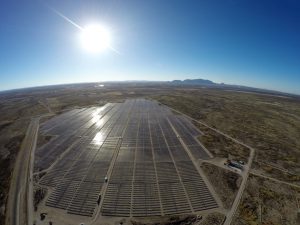 GRS signs a new contract for the construction of 50MW

The international EPC Contractor GRS has signed a new contract in Carmona, Seville for the construction of 50 MW, its second project in Spain in less than a year. The construction of ‘Las Naranjillas’ PV plant, owned by Hanwha Energy, is framed in a very positive situation for the solar photovoltaic energy, after the last data published by Aleasoft, the firm specialized in price and energy production forecasts.

As demonstrated in the last two years, the Iberian Peninsula is once again the territory where investments in renewable energies are most profitable, especially if we look at solar PV energy. According to the National Integrated Energy and Climate Plan (PNIEC), it is expected that in 2030 there will be 39 GW of solar PV energy  installed. The goal is ambitious, but the evidence that the figure is plausible refers to historic milestones such as the one that took place on February 20, when it was recorded, for the first time in history, that instantaneous solar production was greater than nuclear generation.

As Oscar Hurtado, Commercial Director of GRS, says, “we are in one of the best moments for the construction of photovoltaic plants in Spain, thanks to the regulations and cost reductions that are taking place in the market“. And it is that, certainly, the facilities of photovoltaic solar are growing at a good pace in the country, “guaranteeing a future stability with new auctions and a lower LCOE“. In the last month, solar generation increased to 20% of total electricity produced, which was a record and confirmed that citizens are increasingly aligned with the sources of clean generation.

Luis Gª. Torres, Director of Hanwha Energy Corporation Europe, explains “Hanwha Energy is expecting to open up to the Spanish photovoltaic market with this project, relying on its know-how to understand the dynamics of the sector in a country where, despite the ups and downs experienced at the beginning of the last decade, there is stability and a strong return on investment”. In this sense “Las Naranjillas” is the first project of more than 1GW solar pipeline in Spain which shows the commitment of the Korean energy company in the country. The projects will achieve the Ready to Built status during 2021.

‘Las Naranjillas’, with an area of 94 hectares covered by 121,800 photovoltaic modules, will contribute to the total production with 50 MW of peak power, which could produce enough energy to meet the electricity demand of 13,997 homes. In addition, they will prevent the emission of 51,977 tonnes of CO2 into the atmosphere, which is equivalent to the consumption of 10,192 vehicles. To achieve the sustainability goals set in the renewable calendar, it is necessary to exploit the green resources that we can generate in the country with the highest solar radiation in the continent.

During the entire process of construction, operation and maintenance of the photovoltaic plant, GRS will create around 180 jobs that will guarantee the high quality standard with which the company builds.