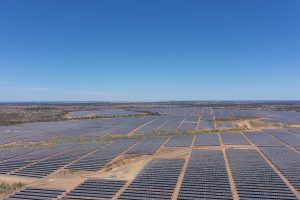 The Spanish EPC contractor GRS has signed its fourth contract in Australia, following the agreement reached with AMP Energy, for the Molong Solar Farm under an Engineering, Procurement and Construction (EPC) arrangement. In addition, the company will be in charge of the operation and maintenance phase for at least the next two years from its connection to the grid.

Located in the region of Molong, New South Wales, the facility will have 39 MW of peak power, whose production will avoid the emission of 53,585 tonnes of CO2 into the atmosphere, equivalent to the consumption generated by 10,507 vehicles. With this new project, GRS has already contracted 364 MW throughout the country, consolidating its position as one of the leading EPC contractor in the Australian market.

Currently, Australia is one of the countries with the greatest commitment and turnover in the renewable energy sector, proposing a pioneering plan, by 2030, to achieve 100% renewable generation within the next 10 years. In this way, GRS is strengthening its position in the country with new projects and continuous activity. This is how its CEO, Juan Pedro Alonso, explains it: “We are at a moment of growth in activity at a global level in general, and in Australia in particular, where we are very active, studying new projects for the near future“.

He also highlighted “the great work being done by all areas of the company to consolidate our position as one of the most important EPC contractor in Australia“, which is reflected “in the signing of a fourth agreement, with a new client, with which we reached a figure of MW contracted to be proud of”.

Molong Solar Farm will cover an area of approximately 80 hectares, on which 80,088 photovoltaic modules will be installed to produce enough energy to meet the electricity demand of 10,981 homes. About 160 local employees will be involved throughout the construction. In addition, the company will train a group of local workers to carry out the operation and maintenance work. It is estimated that it will be connected to the Australian Government’s electricity grid by the end of this year.