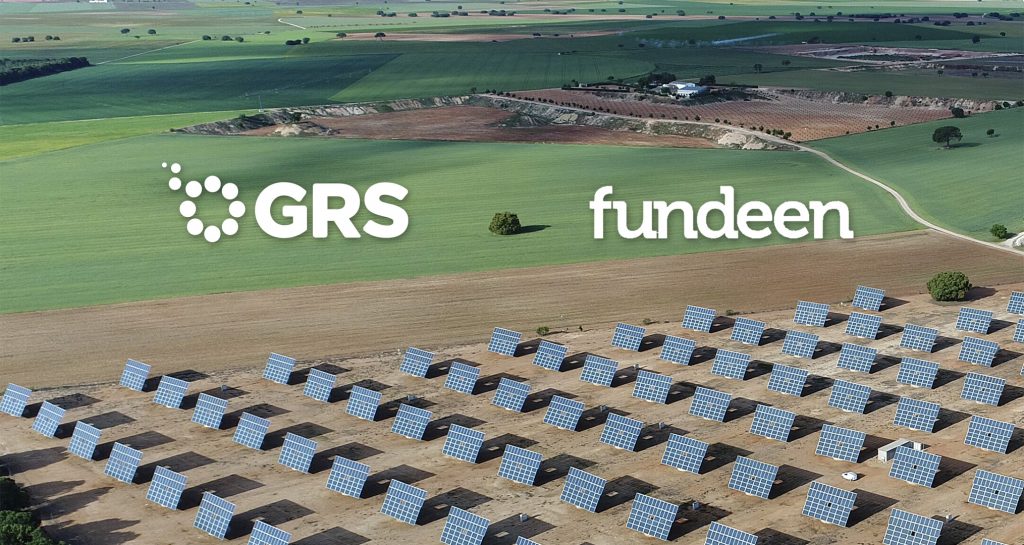 GRS has made a strategic alliance with Fundeen, an online platform for financing renewable energy projects. GRS will support the Fundeen project providing experience in the photovoltaic solar energy sector, especially as a promoter and constructor of worldwide projects, where only in Spain, more than 36 plants have been built and operative.

Although the development of Fundeen began at the beginning of last year, the launch of this participatory financing initiative -better known as crowdfunding- is scheduled for April 2018. Created by two young Spanish engineers, Fundeen has already been praised in various entrepreneurship programs and will allow individuals to invest in renewable energy projects, as well as defining itself as an alternative financing channel for projects in the development phase.

This alliance responds to the strategy of GRS to strengthen its position in the photovoltaic market of our country that, after the setback suffered in 2013 with the change of regulation and the drastic cut in bonus for renewables, it has been reactivated during the year 2017. It is expected that in the next three years, more than 6,000 MW of solar power could enter into operation, which would mean doubling the solar capacity currently installed in Spain.